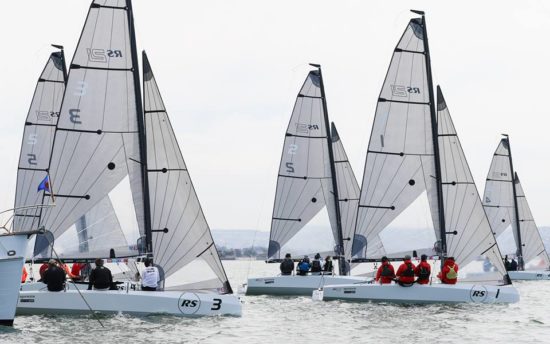 We were delighted to have hosted the British Keelboat League last weekend (20/21st July).  11 boats made up a  very competitive fleet, who were treated to champagne sailing conditions and top quality race management. PLEASE NOTE:  RTYC were 2nd and SSC were 3rd overall on count back.

Established in 2016, the BKL was introduced with the aim of increasing participation in keelboat racing across the United Kingdom. This is delivered through the concept of concentrated inter-club team sailing, which is highly successful in other parts of Europe and across North America. Sailors compete representing their club in a series of short sprint races against teams from other clubs in their region in a qualifying round of weekend racing. The finest teams from each region then battle it out in a national final to be crowned the British Keelboat League champions.

This approach to racing provides a level playing field for all competitors and breaks down some of the historic barriers to participation in keelboat racing, as boats for the competition (RS21) are provided by the British Keelboat League. Throughout the events, sailors alternate between the fleet of one design small keelboats (crews of 4 or 5 depending on class).